History and sightseeing in Amsterdam

History and Sightseeing: The origins of modern Amsterdam lie in the twelfth century, when fishermen living along the River Amstel constructed a bridge across it, so the Old Centre is a good place to start a tour. Wooden locks beneath the bridge acted as a dam against frequent flooding, and the area has contained important buildings ever since. Today you can visit Dam Square for the National Monument, Royal Palace and de Nieuwe Kerk.

A village known as Amstelledamme was established by the river during the thirteenth century, but archaeological evidence points to habitation during the New Stone Age. The medieval city was protected by the Singel moat, which by the seventeenth century had become the pretty Grachtengordel circle of four canals, benefiting water traffic and boosting commerce.

After a destructive fire in 1452, timber structures were replaced by attractive stone and brick buildings. Take a boat trip or wander the paths along this UNESCO Heritage Site to see Dutch townhouses, some dating from before the Renaissance.

History and sightseeing: While you’re there, investigate the Musuem Willet-Holthuysen, a mansion owned by a prosperous coal-trading family, for an insight into Dutch life from the seventeenth to late-nineteenth centuries.

In the seventeenth century, Amsterdam provided a refuge for Portuguese Jews fleeing persecution on the Iberian peninsular. Here they were able to practise their faith, and in the Jewish district you can still see the beautiful synagogue built at that time.

In the last century Jews again faced danger at the time of the Second World War, and during the Nazi occupation of the neutral Netherlands, Anne Frank and her family hid in a flat in de Jordaan. They were eventually discovered and sent to concentration camps, but Anne left a diary and Anne Frank Huis is now a museum dedicated to the family, and other victims of the Holocaust. 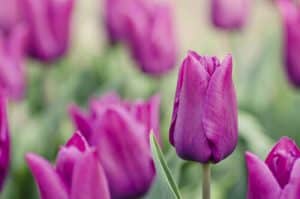 De Hortus Botanicus was once essential to chemists and doctors for its medicinal herbs. One of the oldest botanical gardens worldwide, housing over 6,000 tropical plants, its many greenhouses and conservatories are all open to the public.

For nineteen years, Dutch painter Rembrandt van Rijn lived, worked and taught in a townhouse near the city’s Ziuderkerk. This is now a museum and exhibition space dedicated to the master and his students.

The Van Gogh Museum contains the largest collection of the artist’s work in the world, and also acts as a cultural centre. Go forward in time to the Stedelijk Museum, where you’ll find a gallery that has housed important modern and contemporary art for over a hundred years.

Amsterdam is home to communities from around 180 cultures, allowing the city to benefit from a wide range of arts and activities. Stay centrally in the former commercial district of Leidseplein, with its vibrant scene of street theatre, markets and winter ice-skating. Choose the Youth Hostel Leidseplein for its friendliness, reliability and location in Leidsesquare, close to the canals, museums and Anne Frank’s house.