Top 10 Things for Sightseeing in Amsterdam

Sightseeing: Amsterdam is the capital and most populated city in the Netherlands, as well as one of Europe’s top tourist destinations. Indeed, it is estimated that a total of more than 4 million international visitors travel to Amsterdam each year and when day-trippers are included, the total number of visitors reaches in excess of 20 million.

In this blog post, we take a look at the top 10 things to see and do during a visit to the city.

Located on the Prinsengracht canal, the Anne Frank House is a house and museum dedicated to Anne Frank, a diarist and Holocaust victim, who published a famous wartime diary, detailing her efforts to hide from the Nazis. 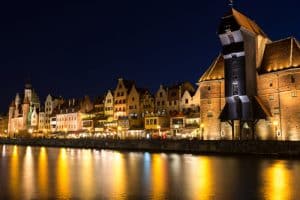 Situated in the stadsdeel Amsterdam Oud-Zuid, the P.C. Hooftstraat is one of the top shopping areas in the city. It has developed into a high-end shopping location, with retailers including Rolex, Louis Vuitton and Dior.

The Rijksmuseum is a Dutch national museum found within Museum Square, and is dedicated to art and history. It is the largest museum in the country and among its thousands of display items are paintings from Rembrandt.

Amsterdam is famed for its network of canals and many visitors enjoy canal cruising during their time in the city. Some of the top cruise providers include Blue Boat and Stromma.

Located in the De Pijp area of the city, the Albert Cuyp Market is a street market, which is famous for its fresh Stroopwafels and ethnically diverse food stalls. It is reportedly the largest daytime market in Europe.

For art lovers, the Van Gogh Museum is a popular attraction dedicated to the works of Vincent van Gogh. It houses more than 500 of his paintings and drawings and is one of the top 50 most visited museums in Europe.

Finally, for those looking to sample the city’s nightlife, the Leidseplein is one of the busiest areas in Amsterdam, with a range of bars, nightclubs and restaurants to choose from.

For visitors to the city, Amsterdam Hostel Leidseplein offers affordable, comfortable accommodation in one of Amsterdam’s prime locations. The B&B is perfectly situated in the city centre, meaning all of the attractions or activities mentioned in this blog post are within easy reach.